Cute as a Bug!

Still in moth mode, I was scanning the weeds, shrubs, tree bark, flowers, and just about anything else that may have a moth resting on it, when I was immediately drawn to this cute little devil on a daisy! Meet the Flower Weevil (Odontocorynus umbellae)!


I took several pictures because I just couldn't quit observing him. He was so flippin' adorable and such a little busy body. I found some interesting information about him in the Kaufman Field Guide to Insects of North America (the ultimate resource if you are one of those bug people)! The weevil is in the family Curculionidae (true weevils). This particular family is recognized by its elbowed and clubbed antennae. You can clearly see this very distinct antenna on the very long snout of this insect. The antennae would constantly move and touch everything, acting as a receptors, relaying important information about the immediate environment. He was quite interesting to watch and so tiny! My macro lens was the only way I could really view him in detail! 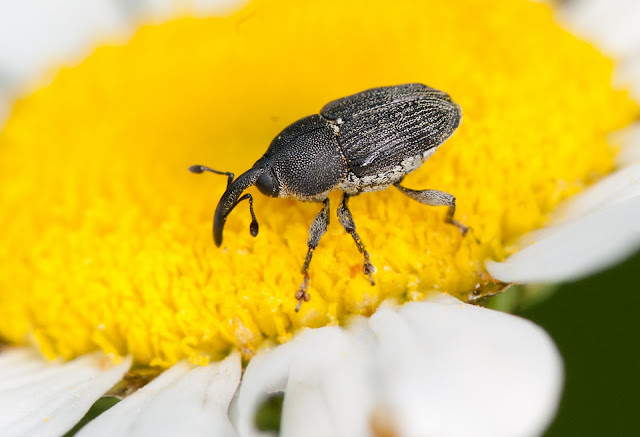 There are several thousand different species of weevils worldwide, and they are all plant eaters. Certain weevils will feed exclusively on specific plants, and some weevils can be very damaging. The boll weevil, for example, is responsible for causing millions of dollars of damage to cotton crops every year. I couldn't find anywhere that said the flower weevil is considered a pest or harmful. They are just happy to feed on the sugar-rich liquids found in a variety of flowers, including many daisies and sunflowers. 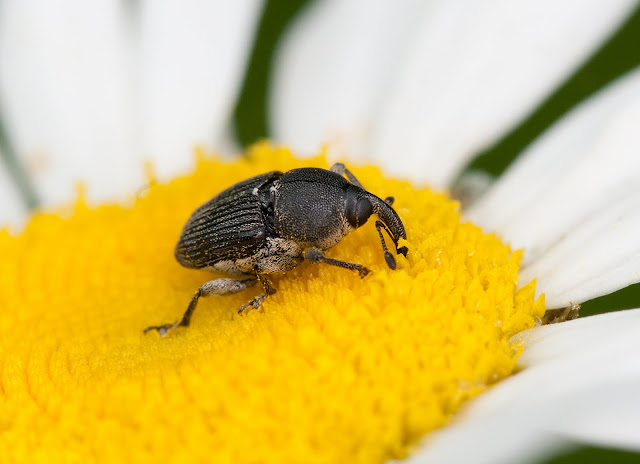 The next few pictures are of different angles as he continued to go around and around the center of this daisy feeding on the pollen and nectar. Yea, I took a lot of pictures of this winsome little weevil! 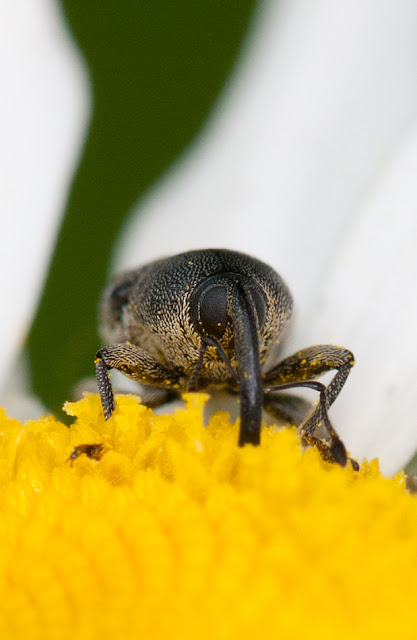 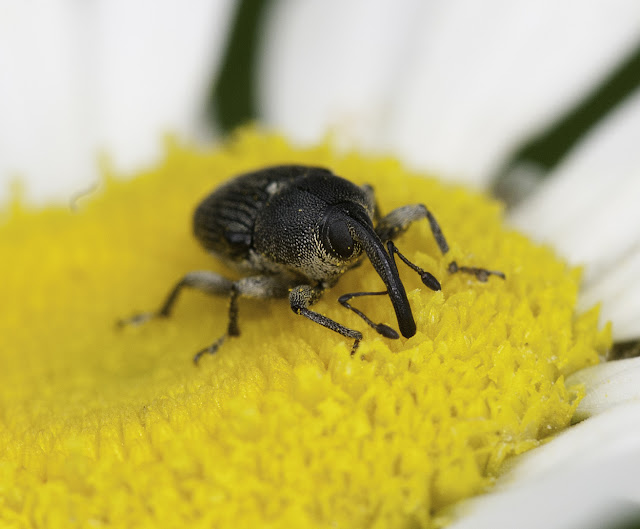 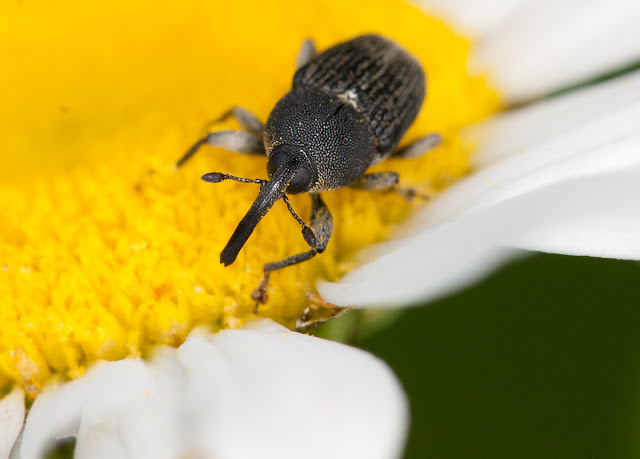 This little guy would bury his snout (actually called a rostrum) way down into the flower. Here you can see he is eyeball-deep in the lush, succulent sweetness of this pretty daisy. 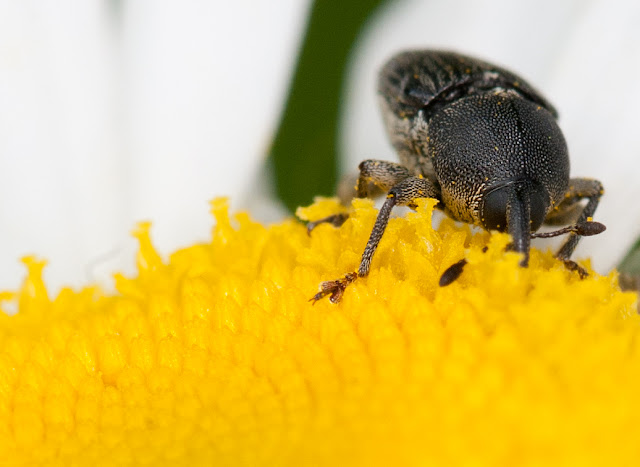 It is important to move as slowly and stealthily as possible when photographing insects (or any wildlife for that matter) so as not to be intimidating or threatening. I must have been doing a great job of not being noticed because I spent about 10 minutes taking pictures. BUT, suddenly the tiny insect actually looked up at me and immediately fell over on his side...seriously just collapsed against the white petal and wouldn't move a muscle! I actually bent over him and asked him if he was playing dead! Well, I was not imagining things! The Kaufman Field Guide states that the weevil will play dead whenever he feels it is necessary! As I continued to watch his "fake death" for a few seconds, he lifted his head as if to see if the coast was clear, saw me again, and once again resumed his corpse-like pose!  Take a look at the final picture...it is the old "weevil playing dead" trick! So flippin' awesome! I love nature! 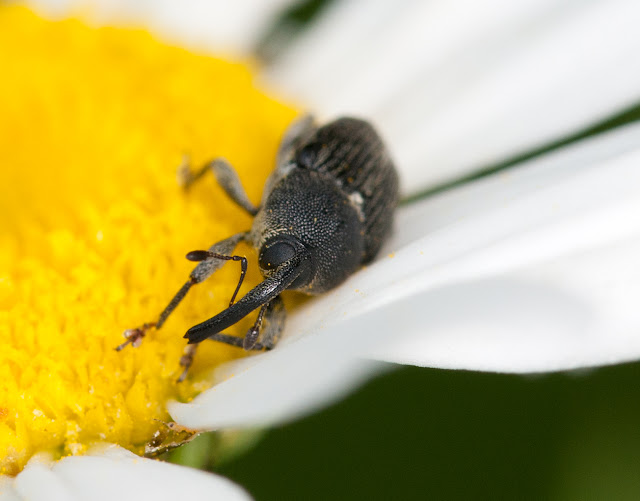